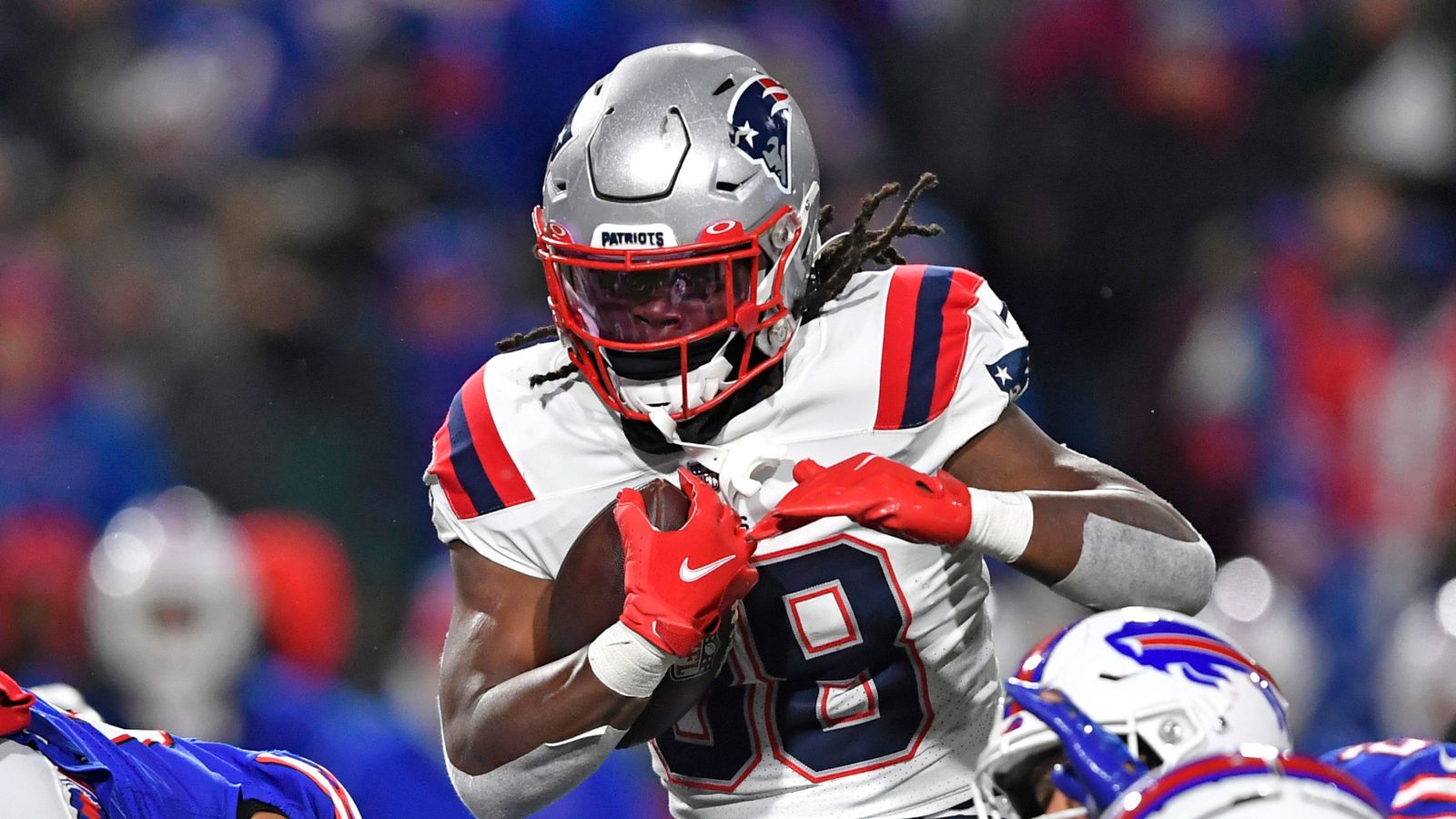 Mc Jones completes two of three passes at 19 yards as the New England Patriots move on to ground, with Damien Harris at 111 yards and 64-yard TD to take on the challenging Buffalo Bills with Josh. Allen finished 15 of 30 for 145 yards and one PD.

Damien Harris scored on a 64-yard run in rough conditions in which McJones made just three passes and the New England Patriots solidified their usual spot at the top of the AFC with a 14-10 win over the Buffalo Bills on Monday night.

The Patriots relied heavily on their ground play, beating the Bills from 229 yards to 99 yards in a rush, and a cold, windy snowy night nullified Allen’s powerful attack.

New England (9-4) won their seventh match in a row, improved to 6-0 away this season and now have a two-win lead over Bill (7-5) in the AFC East standings.

Harris finished with 111 yards best of the season and opened the scoring in New England’s ninth game from a draw. Faced with third and fifth, the running defender burst through a large gap in the center and remained untouched on his way to the end zone.

When the Patriots faced wind gusts of up to 40 mph, coach Bill Belichick managed a two-point pass as Brandon Bolden scored right at the left pylon. The Patriots never fell behind: Nick Falk scored two field goals – both with a breeze in his back – from 34 and 41 yards. Damien Harris has made a 64-yard touchdown in his entire career when the New England Patriots opened the scoring against the Buffalo Bills in the first quarter.

Each team benefited from each other’s mistakes in the first quarter touchdown exchange, with Harris touching down three games after New England’s Lawrence Guy recovered Matt Bradas’ failure on Patriots 31.

The Buffalo responded to its next possession, which was extended after N’Kil. Harry slipped and saw Matt Haack look away from his helmet as Siran Neal tackled the ball in the 14th minute of New England. cut the lead to 8-7.

The Bills missed a few chances, driving touchdowns and field goals on four trips inside the Patriots 20. Tyler Bass missed a 34-yard shot straight upwind midway through the fourth quarter.

The elements were at times overwhelming, including a cold wind that drove temperatures to mid-20s, with one of Jake Bailey’s Patriots punt blowing 15 yards sideways upwind. ESPN pre-match team members were knocked off their chairs along the sideline, and an orange flag was ripped off the top left pillar at the east end of the stadium.