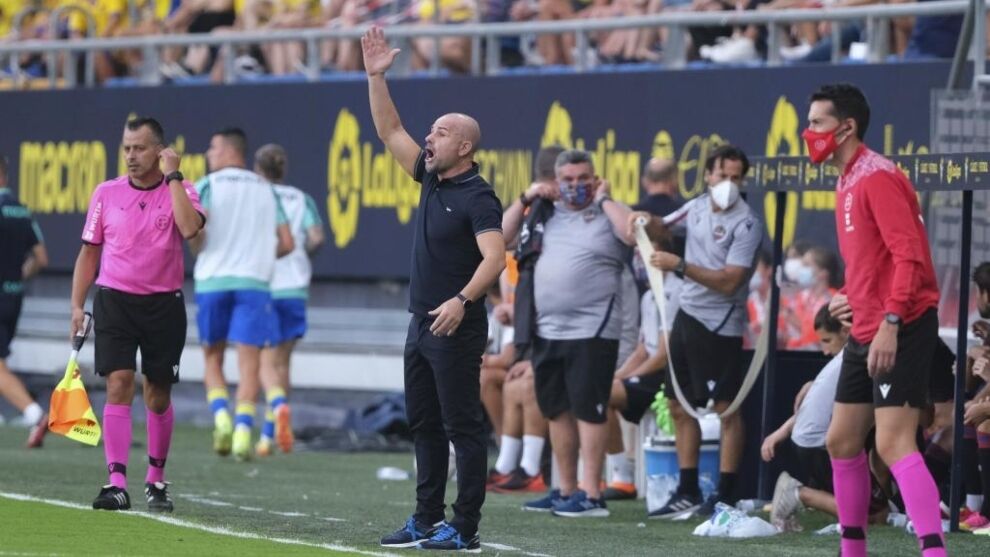 Paco López appeared at the Nuevo Mirandilla press conference to assess the 1-1 draw against Cádiz. The coach of the Granota team made the following analysis: “In the first half the team has come out with personality and daring trying to disorganize Cádiz. We knew that Cádiz, even though they play at home, like to be behind the ball with many people. We have done it. achieved, we have put ourselves ahead, which was the difficult part. In the second half, Cádiz took a step forward, and we changed players due to injuries. We had the feeling that we were not going through difficulties except in Haroyan’s corner. Judgment in Morales’ hand-to-hand, but Cádiz believed and we left with the feeling of having lost two points. ”

The Levantine coach considers the tie “fair” although “then you have to assess the merits of each other. The penalty is the final result with that unfortunate play after seven minutes of discount.” Asked by José Campaña, he agreed to be happy “very much after his ordeal last season.” While about Morales he believed that “it will mark an era, it will make history and the important thing is that he continues to be equally involved and committed to the team in the role that he plays at all times, on the wing, as a striker, starting from the dock”.

Regarding the rival, he stressed that “Cádiz is a team that believes in its coach, in what they work, it is not easy to convince them of that game and they do it perfectly. One more year in the First Division for some players and it shows the It makes a difference because that inexperience is gone, it is a very competitive team and it will always be a difficult team to win, because they are organized and brave. ”

Álvaro Cervera: “That goal gives us a calmer and happier week”

The Cádiz coach highlighted the draw achieved in the 96th minute against Levante, justifying the joy of his celebration: “It is important. We not only live from playing football, we live from feelings of the whole week. That goal and that point we give us a calm and more joyful week and it will make us better next Friday. ”

A faithful defender of a style of play, Cervera recalled that he sent his players “the same message as always. We come an hour and a half before the game to win the game, we don’t come to play well, fair or bad, we come to win.” A message that they try to convey to the new ones: “When you play well, you win, and when you play badly, you don’t lose.”

With a more in-depth analysis of the match, the Andalusian team coach said that “the game is planned by studying the rival with the premise that we cannot go for them in one-on-one because they are better than us. The match passes with possession. of them until the goal comes, we risk more thinking that we can draw even if we could fall three or four, but they do not come out easily, they back down with the result and we are not afraid of the cons. We go forward until we get the The problem in the first half is that we have not been able to give two passes at any time, the goal is what has made us change because they have given us spaces, they did not take their opportunity and we did “.

A ‘barter’, a League

Rodri accelerates to start LaLiga as a starter