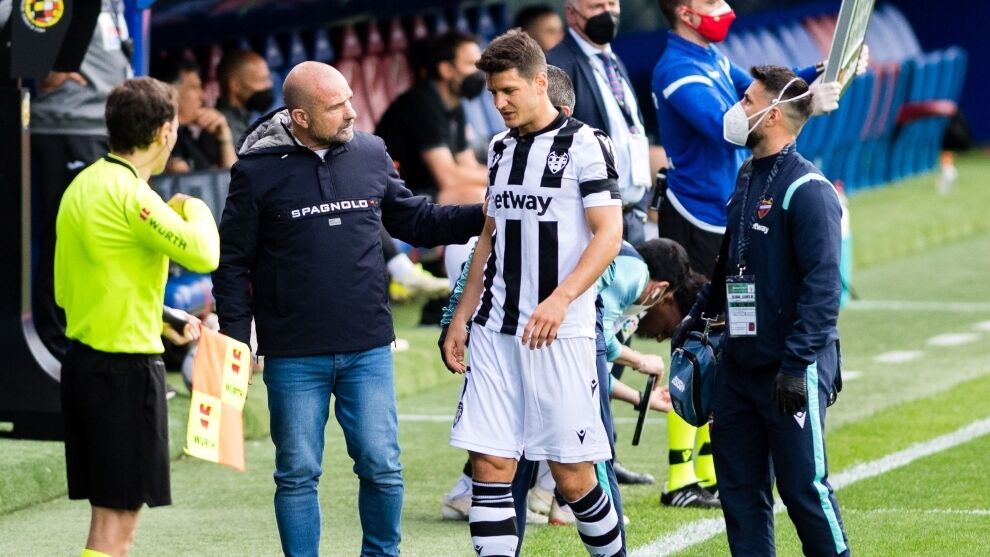 Lor injuries to Levante midfielders this season is bordering on witchcraft. Paco Lopez he is desperate … and no wonder. In such an important position in the game, the Granota team is suffering a plague that seems to have no end.

The last to join the list has been Radoja. “Nemanja Radoja suffers a sprain of the syndesmosis of the left ankle, in addition to an important inflammation of the flexor tendons”, read the medical report of the Levant. The Serbian will be a minimum of three weeks off, so the month of April completely flies.

The problem, as throughout the season, is that casualties overlap. Paco López cannot count on Bell, who had returned to training and had a muscle relapse and with Vukcevic, who last week had to be hospitalized for severe pain caused by a herniated disc that you will have a minimum of fifteen days of rest. The only good news is that little by little Melero He has recovered, he was injured in the first leg of the Cup semifinals in San Mamés and he is ready.

Diakhaby: “Cala told me ‘black shit’ and I want him to be punished”