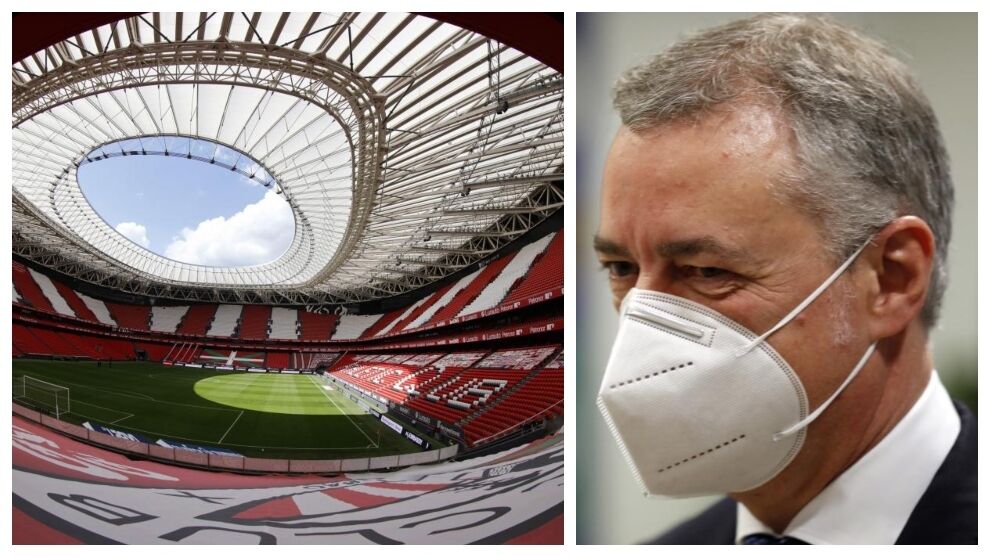 It requires having 60% of the population vaccinated in the Basque Country and in the rest of Spain before June 14, or a figure that does not exceed 2% of the beds in the UCIS occupied by Covid

ANDl Basque Government It is not going to lower the conditions that it imposed so that there is public in San Mamés during the June Eurocup, as announced by the Lehendakari, Iñigo Urkullu.

In an interview in Radio Euskadi, has explained that the celebration of the Eurocopa in San Mamés was his wish, but he will follow the advice of the health authorities and “the criteria set” by the Basque Government itself to allow public will not be lowered.

Among these criteria are the requirement to have 60% of the population vaccinated in the Basque Country and the rest of Spain before June 14, or a figure that does not exceed 2% of the beds in the UCIS occupied by COVID for the date of the matches, objectives that the Spanish Football Federation considers “impossible to meet and will therefore lead to the absence of an audience.”

In this situation, UEFA will decide next Monday, April 19, whether to keep the Bilbao headquarters, as well as three other cities from which it has asked for more information. The lehendakari has opined that the controversy about the presence of the public or not in the field is “politically interested.”

About the Cup final against Barcelona, Urkullu has appealed to the individual responsibility to avoid the repetition of “the incitement, lack of solidarity and irresponsibility” that were experienced in the agglomerations in Bilbao, Lezama and Zubieta in the previous final against Real Sociedad.

Koeman: “De Jong and Messi? This is not the time to rest”

And after the mathematical salvation of Getafe, now what?

Maximum tension between the clubs for not being able to open their stadiums to the public: “It is an incoherence of the Government”