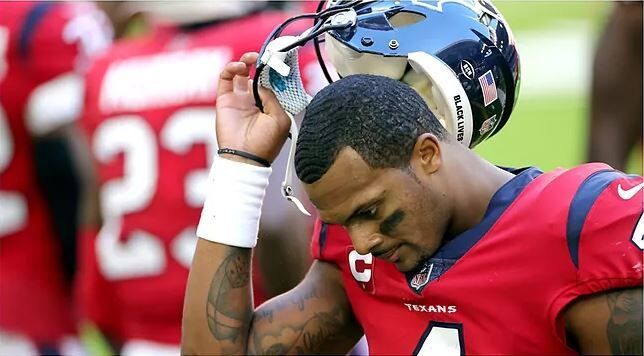 The starting quarterback of the Houston Texans and great star of the NFL, Deshaun Watson, has already accumulated 14 complaints for alleged sexual assault. The last one has been put by another masseuse – who uses the pseudonym “Jane Doe” to protect her identity – and who qualifies her as “a serial predator” who, according to her version, attacked her in Los Angeles last year.

In the lawsuit, accessed by TMZ, Doe says that Watson contacted her via Instagram last summer. and made an appointment for a massage at a residence in Beverly Hills, California, on July 15, 2020.

Once there, according to Doe, Watson led her into a room in the house, closed the doors, and locked them. According to her version, once the massage started, the quarterback became aggressive, and at one point, tried to force her to grab his penis.

On the demand, Doe says she was “terrified” and that Watson asked him never to talk about it.

Watson denies it and defends himself

Watson’s case went viral after being exposed on social media by lawyer Tony Buzbee. The NFL player responded in the same way to “clear” his name.

“I have always treated all women with the utmost respect”, He said.

Watson, 25, also explained in his message that the plaintiff’s lawyer was talking about it not being about money, but Before filing the formal complaint, he had requested a six-figure amount, which the player immediately rejected.

“Unlike him, this is not about money to me, It is about the reputation of my name, and I hope I can clear it of all accusations without any real basis.l, “he added.