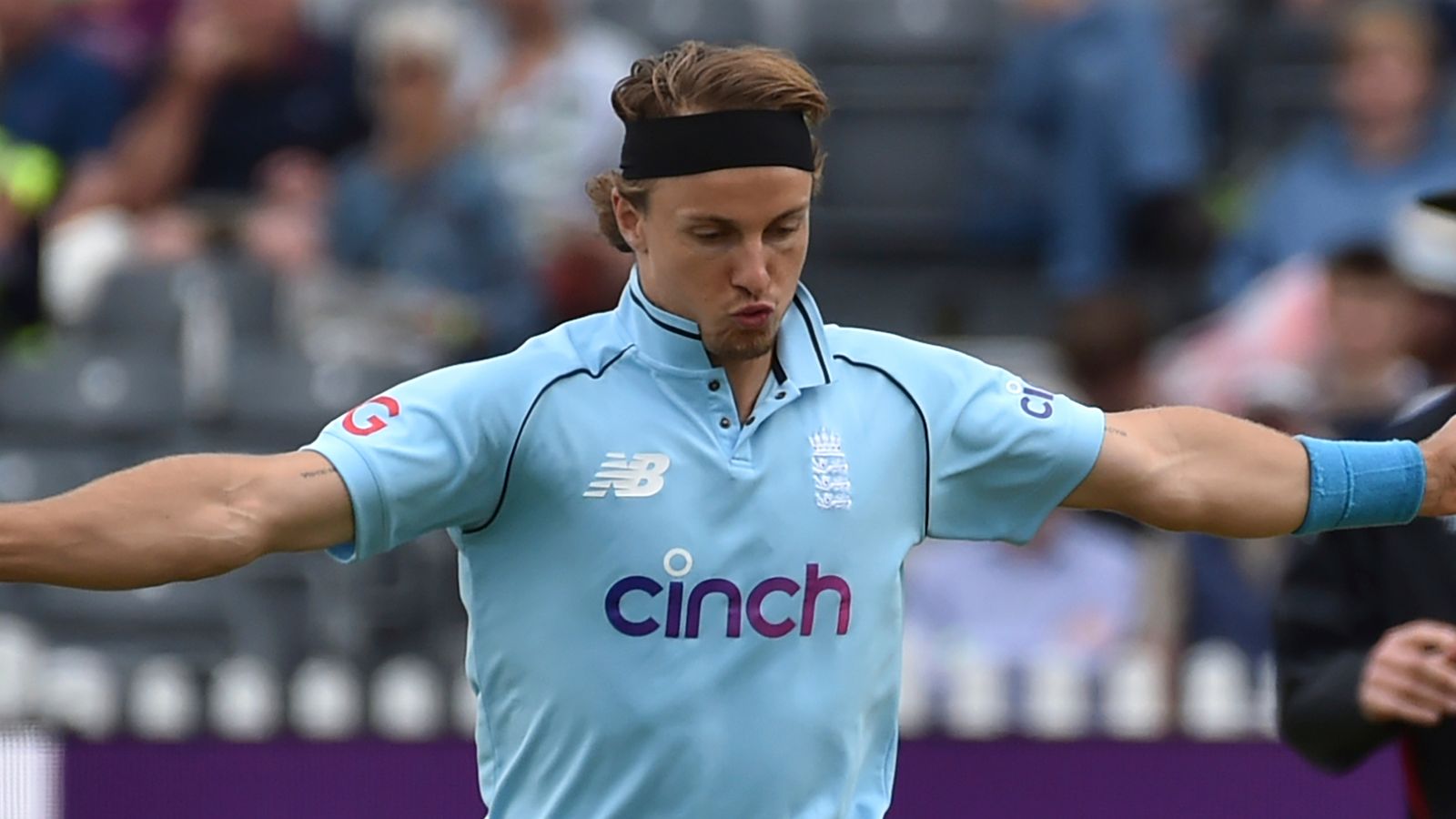 “I’ve been feeling pretty good for a while, to be honest. I just haven’t been getting the grounds”; Tom Curran returned to form with four wickets against Sri Lanka in Bristol; England won the series 2-0 but never had a chance to start the 167 chase as the third ODI was abandoned due to rain

Tom Curran was delighted to be back on the grounds of England’s third ODI against Sri Lanka in Bristol.

Having taken 4-35 to help the visitors drop the visitors by a meager 166, Eoin Morgan’s team never had a chance to begin their response when rain forced them out of the contest.

Curran had taken just three wickets in his previous 11 ODIs, but despite his struggles, the 26-year-old fast pitcher claims he’s been bowling as well as ever.

“I haven’t felt like I’ve done anything different. It’s a fun game,” he said. “I’ve been feeling pretty good for a while, to be honest. I just haven’t been getting the grounds.

“I don’t think he did it very differently. It’s good to contribute some ground today.”

Curran’s appearances at ODI have been sporadic thanks in large part to the phenomenal strength in depth England possesses in the rhythm bowling department.

Despite not having players like Ben Stokes and Jofra Archer available, Sri Lanka has failed to score more than 241 in the three-game series as the home team triumphed 2-0.

Curran says that competition for venues has helped him prosper: “The competition is always high.

“Everyone who came in raised their hands and played very well.

“All three games, the grounds have been shared, obviously [Chris] He wakes up with four and then Sam [Curran] with five, but I think even the guys on the other side have played very well.

“Everyone who has played in the first three ODIs has done very well.”

It’s the second game in a row the Curran brothers have shined, with Sam claiming his first five-course drive for England in Thursday’s win.

Tom, who took 0-43 in the second ODI, was present at the time and was excited for his younger brother.

“It was really very special at The Oval, to be on our home turf with a lot of friends and family there and to see Sam take five.

“Being on the field for that was really very special. I really enjoyed it.”

England duo Ben Stokes and Jos Buttler will not be rushed back from injury, says Eoin Morgan